PHR mourns the untimely loss of Dr. Paul Epstein, one of our pioneering medical activists, former Board and executive committee member. Paul joined PHR's Board in 1987 soon after the organization's launch, and participated in several landmark assessments, including the excessive use of tear gas in Seoul, South Korea; landmine injuries in Mozambique (which contributed to the growing campaign to ban the weapon); and the plight of Kurdish refugees following the Persian Gulf War.

Paul was also a leading voice for the under-served refugee and immigrant populations in Massachusetts, providing crucial primary care services to the Portuguese community in east Cambridge, where he served for many years as the lead physician in the East Cambridge Health Center.

For several generations of medical students and young professionals, he was a model of the physician activist, caring for the individual, one patient at a time, and at the same time crusading for the world so that we might leave behind us a chance for the health and well-being of entire populations and of the planet itself.

His knowledgeable and daring voice inspired countless health professionals and activists to campaign for basic human rights, to ban landmines, to prevent disease, and to preserve the planet. We will always remember opening up the paper and reading yet another important piece from Paul—he will be sorely missed. 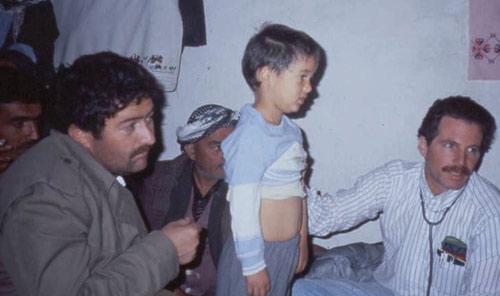