Physicians for Human Rights today condemns Russia and China’s veto of a UN Security Council resolution imposing sanctions against those parties responsible for the use of chemical weapons in Syria.

The following statement is attributable to Susannah Sirkin, PHR’s director of international policy and partnerships:

“Russia and China’s disgraceful veto today shows their willingness to make any and all excuses to shield the Syrian government from accountability for crimes against its own people. This is yet another stain on the United Nations Security Council, and the Council’s unwillingness to enforce its own decisions is a serious blow to the body’s credibility. It’s an abrogation of the Council’s duties to ensure peace and security and a flagrant contradiction of its own previous resolution.

“In September 2013, following the deadly sarin gas attacks in rural Damascus, Security Council members unanimously agreed under Resolution 2118 that in the event of future chemical weapons attacks in Syria, they would impose measures under Chapter VII of the UN Charter. The UN Joint Investigative Mechanism has shown beyond the shadow of a doubt that Syria’s government deployed chlorine gas against its own people on at least three occasions in 2014 and 2015. Yet today, the Russian Federation and China vetoed the Council’s only effort to impose Chapter VII measures – in the form of sanctions – and provide some form of accountability for the Syrian government’s egregious violations.

“As PHR’s research has shown, weaponized chlorine gas can have indiscriminate, devastating, and sometimes fatal effects – and its use as a weapon is banned under international law. The Security Council has repeatedly failed to stop attacks on hospitals, the targeting of civilians, besiegement, and the blockade of aid – and now it shows itself impotent to halt the terrible scourge of chemical weapons. Shame on the Russian Federation, China, and all those who enable the Syrian government’s attempts to escape accountability for war crimes and crimes against humanity.” 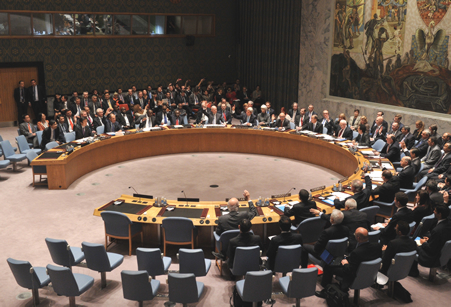