PHR uses forensic science to investigate, document, and advocate against torture of US-held detainees, and through its Asylum Program, to conduct medical and psychological forensic evaluations of survivors of torture and abuse who seek asylum in the US.

We write to express our deep concern over proposed changes to the American Psychological Association’s (APA) policy on the role of psychologists in national security detention settings. This resolution, scheduled for a Council vote at the August 2018 meeting and closely monitored by the human rights community, would undermine APA’s hard-won position against torture and ill-treatment. We therefore urge you to reject NBI 35B and instead continue on the path of supporting ethical practice and human rights protections for national security detainees.

Former UN Special Rapporteur on Torture and Other Cruel, Inhuman or Degrading Treatment or Punishment Juan E. Méndez has issued a letter to the American Psychological Association (APA) in advance of its August 2018 annual meeting, urging it to reject the proposed amendment to its policy on the role of military and operational psychologists in detention facilities.

We, the undersigned human rights and civil liberties organizations, are deeply concerned that the American Psychological Association (APA) is considering rolling back critical protections instituted to safeguard psychologists from complicity in torture and abuse and to facilitate ethical and independent mental health care for detainees at the Guantánamo Bay detention center.1 We urge the APA not to take that step.

The Facts About Gina Haspel and Why We Should Oppose Her Appointment as CIA Head (May 9, 2018)

On the morning of her confirmation hearing, virtually nothing is known about Gina Haspel, President Trump’s choice to lead the CIA. The agency has kept nearly every detail of her background a secret from the public and from Congress – an effort ultimately overseen by Haspel herself, as acting CIA director. But based on public sources, we know this: Haspel held leadership roles in the CIA’s post-9/11 torture program and, as such, holds the shameful distinction of having helped the United States physically and mentally break human beings.

We have evaluated torture survivors. Gina Haspel cannot head the CIA. (May 7, 2018)

For years, much has been reported on the abhorrent practice of waterboarding during the United States’ “War on Terror” – but, until recently, less has been said about other forms of torture that were perpetrated by Americans on CIA detainees. With the nomination of Gina Haspel for CIA director, the spotlight has now been shone on a notorious CIA “black site” prison, the name and location of which are widely known in open sources but which officially remain classified.

On May 9, the Senate Intelligence Committee will hold a confirmation hearing to consider Gina Haspel, Trump’s pick to head the CIA. A fair hearing is impossible, given the agency’s campaign to ensure Haspel’s promotion and conceal her involvement in its post-9/11 torture program.

President Trump’s nomination of Gina Haspel to serve as CIA director sends a destructive message to the world at the worst possible time. Haspel supervised the use of torture, then took part in destroying evidence of that crime.

PHR urges permanent representatives of member and observer states of the United Nations Human Rights Council to support the creation of an independent international investigation into violations and abuses of international human rights law and international humanitarian law in Yemen since the start of the current conflict.

Joint Letter to Mattis, Pompeo and McCabe. Re: US Cooperation with Abusive Allied Forces in Yemen (August 2017)

We, the undersigned human rights, civil liberties, and religious organizations, write to urge you to make public to the fullest extent possible without disclosing sources and methods, any reviews conducted by your agencies into allegations that US-allied forces of the United Arab Emirates and UAE-backed Yemeni forces have been responsible for serious abuses in Yemen.

This analysis by PHR of the SSCI report’s executive summary builds on years of investigation and research documenting the systematic use of torture by the United States.

In 2009, Honduran President Zelaya's attempt to reform the constitution was seen as a threat by the military and legislative branch. It was thought Zelaya would attempt to eliminate presidential term limits, so on June 28 he was overthrown in a coup. Read More » 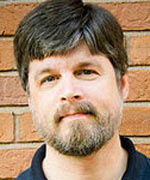 Dr. Scott Allen serves as medical advisor to PHR on our work in stopping torture and was lead medical author of PHR's reports “Experiments in Torture,” “Aiding Torture,” and “Leave No Marks.” Read More »