Walked across the desert for three days, with only a canteen of water for subsistence. Arrested and severely beaten for peaceful political organizing, suffering a miscarriage and emergency hysterectomy. Left for dead by a police firing squad, then forced to hide in the wilderness for two months awaiting an opportunity to escape the country undetected. 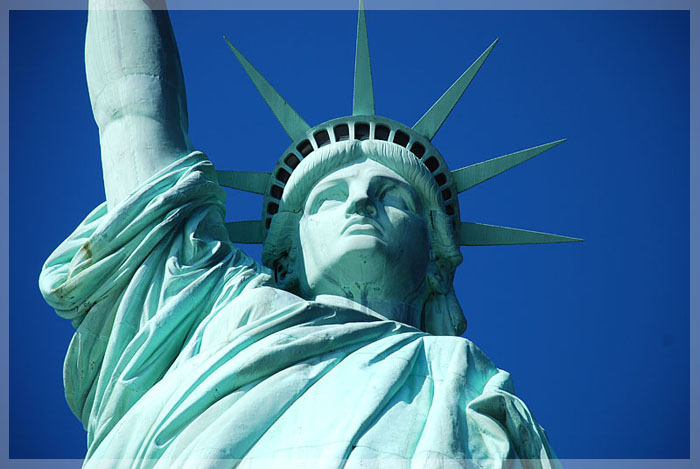 The journey to the US, so often fraught with dangers like these, poses grave health risks to many immigrants. It is not surprising that due in part to experiences like these, arriving noncitizens suffer from disproportionately poor mental and physical health. Tragically, immigrants’ health is further imperiled by the treatment they receive at the hands of our own government. Tens of thousands of immigrants annually are taken into custody by the Department of Homeland Security as allegedly deportable, and detained in conditions described by Rep. Christopher Smith of New Jersey as “more like prison.” This criminal-style confinement has a documented harmful impact on the mental and physical health of detainees. In its worst manifestations, the vast and expanding immigration detention system has led to the deaths of noncitizens.

Take the case of Hiu Lui Ng, who complained to no avail of severe back pain for several months, and deteriorated to the point of being unable to stand or walk before he passed away in Immigration and Customs Enforcement custody in August 2008. Mr. Ng was given nothing much more than painkillers as treatment, and was accused of faking his illness by detention officers. But when he was finally admitted to a hospital just days before his death, he was found to have a fractured spine and terminal cancer.

Or, consider the plight of Boubacar Bah. After suffering a head injury while in detention, Mr. Bah was, according to the New York Times, “shackled and pinned to the floor of the medical unit as he moaned and vomited, then left in a disciplinary cell for more than 13 hours, despite repeated notations that he was unresponsive and intermittently foaming at the mouth.” He was finally transported to a hospital, where he passed away after four months in a coma.

In just the past month, advocates have received word of three more immigrant deaths in detention (PDF). While these detainees’ deaths may not prove upon investigation to have been preventable, it is at the least clear that detention facilities were not well-equipped to manage and treat the brain and stomach cancers, blood pressure, diabetes and mental health issues that precipitated them. Moreover, both of the authors of this blog post have personally witnessed the mental and physical health needs of immigration detainees go unmet in prisons in Virginia, an experience that is very likely common and familiar to the hundreds of members of PHR’s Asylum Network who work with immigrant survivors of persecution.

There are two solutions to the “perfect storm” created by the intersection of a traumatized, vulnerable immigrant detainee population and incarceration featuring limited health care services: improving detention health care standards and keeping at-risk immigrants out of detention. Both solutions are addressed in the Refugee Protection Act (RPA), introduced in the Senate in March to mark the thirtieth anniversary of the passage of the Refugee Act of 1980.

The RPA would reduce the number of needlessly detained immigrants by making it far more likely that asylum seekers, ill people and pregnant and nursing mothers remain in the community while their cases are being resolved. The bill also makes strong health care standards binding and the legal responsibility of detention facilities and officials. Upon its passage, detainees would become legally entitled to have their basic health needs met. Noncitizens would be promptly screened upon entry into the detention system, and decisions about requested care would be made by on-site licensed health professionals. Coercive measures such as forced psychotropic medication and use of shackles and restraints would be strictly limited to cases of necessity. Most of us take this degree of care and respect for dignity for granted, but legislation is still needed to guarantee these fundamental rights to all.

With the Obama Administration committed to reforming the immigration detention system, now is the time for Congress to join in the effort and take legislative action to protect the lives and health of the most vulnerable of those who come to our country seeking refuge and a better life. Legislators must act quickly, as each death of an immigrant in detention devastates an entire family irreparably. Just as importantly, our self esteem as a nation and our international reputation demand that we ensure the humane and ethical treatment of anyone inside our borders.