This report details the results of a PHR investigation into the March 20 and 21, 2013, attacks on Muslim students, teachers, and residents in the Mingalar Zayyone quarter of Meiktila, a small town in central Burma.

A two-person team from PHR conducted 33 interviews about the attacks, which resulted in the deaths of at least 20 children and four teachers. The report details the attacks by the Buddhist mobs, provides evidence that local police officers were complicit in the crimes, and lists policy recommendations for the Burmese government and the international community.

The below map, which includes photographs of the destroyed mosques and Islamic schools in Meiktila, is also in the report. A second map, showing locations of the anti-Muslim violence, also follows.

Map 1: PHR-Verified Destruction of Mosques and Islamic Schools in the City of Meiktila, Burma, 20-23 March, 2013. This map contains original PHR photos; clicking on each point will reveal a photo of the damaged structure. 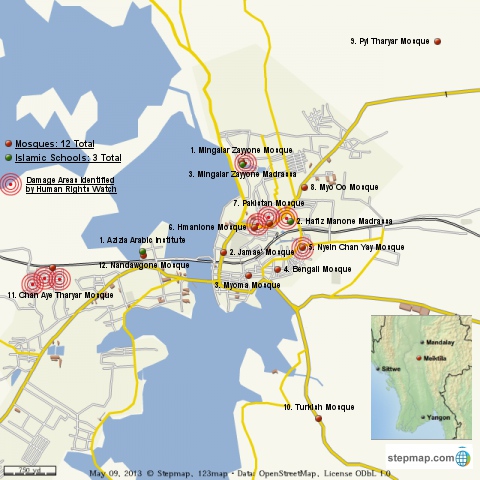 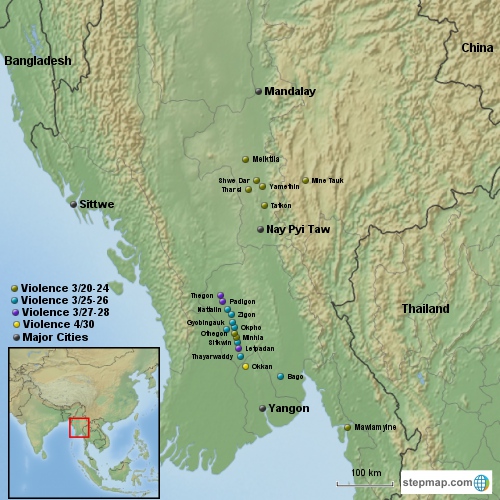