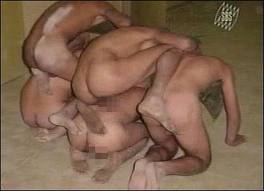 As we know from internal memos and the work of investigative journalists, former Secretary of Defense Donald Rumsfeld authorized torture under the guise of “enhanced interrogation techniques,” violating both international and domestic laws. But Rumsfeld’s memoir, released today, tells a different story. In Known and Unknown, Rumsfeld claims the torture and abuse of detainees, specifically at Abu Ghraib, were the result of a few rogue individuals. Rumsfeld shrugs off the word “torture” as a mantra of “partisan critics” and brushes aside calls for accountability as a “damaging distraction.” All the while, he continues to ignore the profound illegality of his policies.

Readers should not be fooled into believing that the abuse detainees suffered was random and individualized, as Rumsfeld claims. 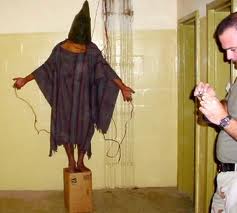 Physicians for Human Rights (PHR) has long documented the former administration’s system that was developed to codify and excuse torture of detainees. Most recently, PHR published Experiments in Torture, which unveiled information about medical professionals’ involvement not only in torture, but in unethical research on detainees.

The policies that Rumsfeld executed not only normalized torture, but had devastating effects on our national security. According to several reporters and former interrogators, those at the highest levels of the former administration wanted to identify a link between al-Qaeda and Iraq – a link that intelligence officials could not find. Instead of protecting the United States from further attack, the use of torture gave interrogators false information that seemed to show this link. Torture appeared to justify the decision to invade Iraq – a foray that has since cost thousands of lives and has further jeopardized our security.

Former president Bush admits in his own recent memoir that he ordered waterboarding for Khalid Sheik Mohammed, an alleged plotter of the September 11 attacks – why then does Rumsfeld gloss over his role in the use of torture in the so called “war on terror?” While Bush was cavalier about his support for a practice widely considered to be torture, Rumsfeld appears more cautious in his approach.

In Known and Unknown, the former Secretary of Defense passes the responsibility to low-level military officers – individuals who were working under his authority. Rumsfeld stood at the helm of the administration’s development of torture and he should take responsibility for his actions instead of editing his involvement in institutionalizing torture.