United Nations Special Rapporteur on torture and other cruel, inhuman, or degrading treatment or punishment, Juan Méndez, is currently visiting Tajikistan to assess measures taken by the Tajik government to bring its torture prohibition legislation into compliance with international standards. 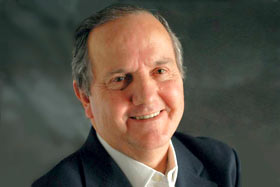 Mr. Mendez has noted that while the Tajik government has taken some steps to reduce the incidence of human rights violations, “there remain significant gaps in legislation, policies and law enforcement practices…” He specifically noted his intention to examine “…how the authorities comply with the universal obligations to afford victims of torture an effective remedy and to investigate, prosecute, and punish every episode of torture.”

This is Mr. Mendez’s second official visit to Central Asia since he was appointed Special Rapporteur in November 2010. Following his December 2011 visit to Kyrgyzstan, he noted that the “lack of effective safeguards against torture and ill treatment and the insignificant sanction provide for the crime of torture inevitable created an environment conducive to impunity.”

Although the scale of torture varies among the countries of Central Asia, it is generally widespread at police stations, detention centers, and prisons. A high degree of corruption and lack of public education and awareness about torture contribute to the silence in which torture occurs. The victims or their relatives fear to press for punishment of perpetrators and do not trust the judiciary and the law.

In recent months PHR has conducted individual forensic medical evaluations for torture victims, as well as provided training to medical and legal professionals from Kyrgyzstan, Kazakhstan, and Tajikistan so that they are able to effectively document and investigate allegations of torture.

We also met with prosecutors, judges, and government officials to assist with development of National Preventative Mechanisms (NPMs) for preventing and protecting against torture. We are currently in the process of assessing further country-specific needs for these three countries as well as for Uzbekistan, Turkmenistan, and Georgia.

We look forward to continuing to work together with Mr. Mendez and other representatives of the Office of the High Commissioner for Human Rights on the effective documentation and investigation of torture and ill treatment in Tajikistan and other Central Asian countries.