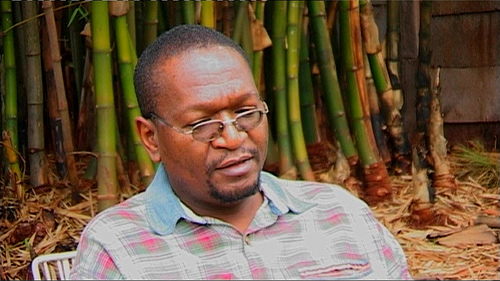 Zimbabwean physician Douglas Gwatidzo has collaborated with Physicians for Human Rights in investigations of his country's health and human rights disaster. Dr. Gwatidzo is the 2009 winner of the Jonathan Mann Award for Health and Human Rights, which he will accept tomorrow evening at a special awards ceremony at the Global Health Council's 36th Annual International Conference.

Dr. Gwatidzo is in Washington, DC and is available now for photo ops and interviews. To arrange a meeting with Dr. Gwatidzo, contact PHR Senior Researcher Richard Sollom by email at rsollom [at] phrusa [dot] org or on his cell at +1-617-501-8510.

Through his work with the Zimbabwe Association of Doctors for Human Rights (ZADHR), Dr. Gwatidzo has passionately taken action against the human rights violations of the current government. As a practicing physician and co-founder and unwavering volunteer director of ZADHR since 2002, Dr. Gwatidzo has supported beleaguered fellow health workers, mentored young medical students, provided medico-legal documentation and care for survivors of state torture and advocated in the public arena for an end to government violence.

In November 2008, Dr. Gwatidzo launched an investigation with Physicians for Human Rights into the current cholera epidemic in Zimbabwe and the utter collapse of the country's health system. This investigation has documented the closure of hospitals and clinics, breakdown in sanitation and water purification systems, the ensuing and unchecked cholera epidemic, food scarcity, interruptions in HIV/AIDS treatment, untreated tuberculosis, and new outbreaks of anthrax and malnutrition not seen in Zimbabwe. The investigation led to a 2009 Physicians for Human Rights report, Health in Ruins: A Man-Made Disaster in Zimbabwe.

Despite his untimely death in a 1998 plane crash, Jonathan Mann is considered by many to be one of the most important figures in the 20th century fight against global poverty, illness and social injustice.