It’s infrequent that stories of hope, compassion, andprogress emerge from the war-torn Kivu provinces in eastern Democratic Republicof Congo (DRC). But in early June, the staff of PHR was honored to hear from Dr. Désiré Munyali Alumeti, a pediatric surgeon and forensic doctorat the renowned Panzi Hospital in Bukavu, South Kivu province. Dr. Alumeti enthusiastically recounted hisexperience working with survivors of sexual violence at Panzi, his wordsholding promise for the thousands of women who survive rape at the hands ofarmed combatants in the dense forests and remote villages of eastern DRC.

Rape has been used as a war tactic in this region of Congo, systematicallyperpetrated against civilian women to destabilize entire communities, breakapart families, and humiliate suspected supporters of opposition militias.Various rebel factions, government soldiers, and – alarmingly – an increasingnumber of civilians are all known to carry out these atrocities, unimpeded by ajustice system that rarely functions and incentivized by a culture of near-total impunity. Though armed violence in eastern Congo is geographicallysporadic, with some areas enjoying prolonged periods without conflict, Dr.Alumeti symbolically describes the institutionalization of rape in Congo as“une guerre dans la paix” – a war within the peace. For thousands of sexualviolence survivors whose health, livelihoods, and capacity to thrive have beentremendously affected by these human rights abuses, Panzi Hospital offers abeacon of hope.

Beds are ready for women's recovery at Panzi Hospital, DRC.

During his visit to PHR’s office,Dr. Alumeti discussed the services his hospital provides, free of charge, torape survivors from all over the DRC. Women even travel across the border fromRwanda to access the health care, psychological support, respite, and securityoffered by Panzi Hospital. Between thehospital’s establishment in 1999 and June 2010, health providers at Panzitreated over 25,000 women for gynecological conditions, many of whom were rapesurvivors with severe physical and psychological trauma.

In 2004, PanziHospital broadened its response to the systemic sexual violence occurring inthe region, establishing a specific program for survivors seeking help at thefacility. Providing care and treatment to women suffering the many physical andpsychosocial consequences of rape, medical professionals repair fistulae, treatHIV/AIDS and other sexually transmitted infections, and conduct psychosocialcounseling. In addition to health services, Panzi Hospital providessocio-economic reintegration assistance and legal aid to survivors in severalareas of South Kivu, helping women support their families and encouraging themto seek justice and reparations for the abuses they have endured. 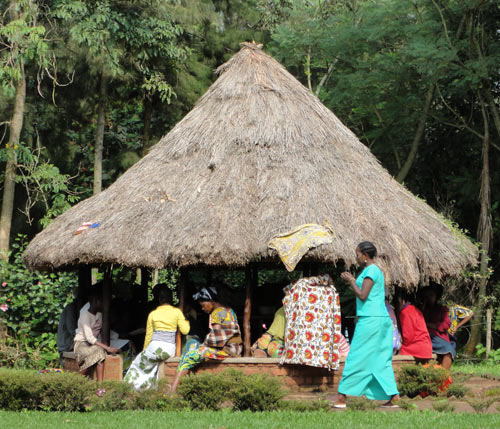 Women recovering together from fistula and rape, Panzi Hospital, DRC.

Dr. Alumeti also noted the immensechallenges Congolese women face in accessing the legal system, gaining thejudicial support to prosecute perpetrators, and garnering the political will toensure their families and communities are protected from repeated attacks.While the DRC has several relatively new laws regarding sexual violence,implementation and enforcement of this legislation is often impeded by lack ofgovernmental capacity, poor accountability mechanisms, and protracted insecurityand instability throughout the country.

Another major obstacle to connectingsurvivors of sexual violence to the justice system in the DRC is the nation’slow number of forensically-trained medical professionals. Dr. Alumeti isapparently one of the only forensic doctors in the DRC professionally trainedin the collection and documentation of forensic evidence of rape and sexualassault, making him a key resource for women seeking assistance at PanziHospital. However, successfully linking forensic evidence gathered in thehealth system to police, lawyers, judges, and advocates is an enduring hardshipin DRC, even with the ample resources and broad connections of Panzi Hospital.

Given the incredible workof Dr. Alumeti and other professionals at Panzi Hospital providing care andsupport to rape survivors, PHR is looking forward to apartnership with Panzi Hospital and many others in the DRC to help buildcapacity for ending impunity for sexual violence. This project will involvetraining health, legal, and law enforcement professionals in best practices offorensic evidence documentation and prosecution of perpetrators of sexualviolence, and aims to strengthen the linkages between the medical, legal, andlaw enforcement sectors to improve survivors’ access to justice. Stay tuned forupdates! 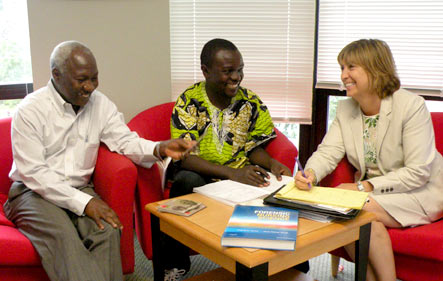